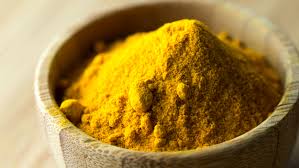 Prostate cancer—the second leading cause of cancer death in American men with 500,000 new cases appearing each year—is a rare occurrence among men in India, whose low risk is attributed to a diet rich in brassica family vegetables and the curry spice, turmeric.

Scientists tested turmeric, a concentrated source of the phytonutrient curcumin, along with phenethyl isothiocyanates, a phytochemical abundant in cruciferous vegetables including cauliflower, cabbage, broccoli, Brussels sprouts, kale, kohlrabi and turnips.

The researchers believe the combination of cruciferous vegetables and curcumin could be an effective therapy not only to prevent prostate cancer, but to inhibit the spread of established prostate cancers. Best of all, this combination—cauliflower spiced with turmeric—is absolutely delicious! For protection against prostate cancer, cut cauliflower florets in quarters and let sit for 5-10 minutes; this allows time for the production of phenethyl isothiocyanates, which form when cruciferous vegetables are cut, but stops when they are heated. Then sprinkle with turmeric, and healthy sauté on medium heat in a few tablespoons of vegetable or chicken broth for 5 minutes. Remove from the heat and top with olive oil, sea salt and pepper to taste.