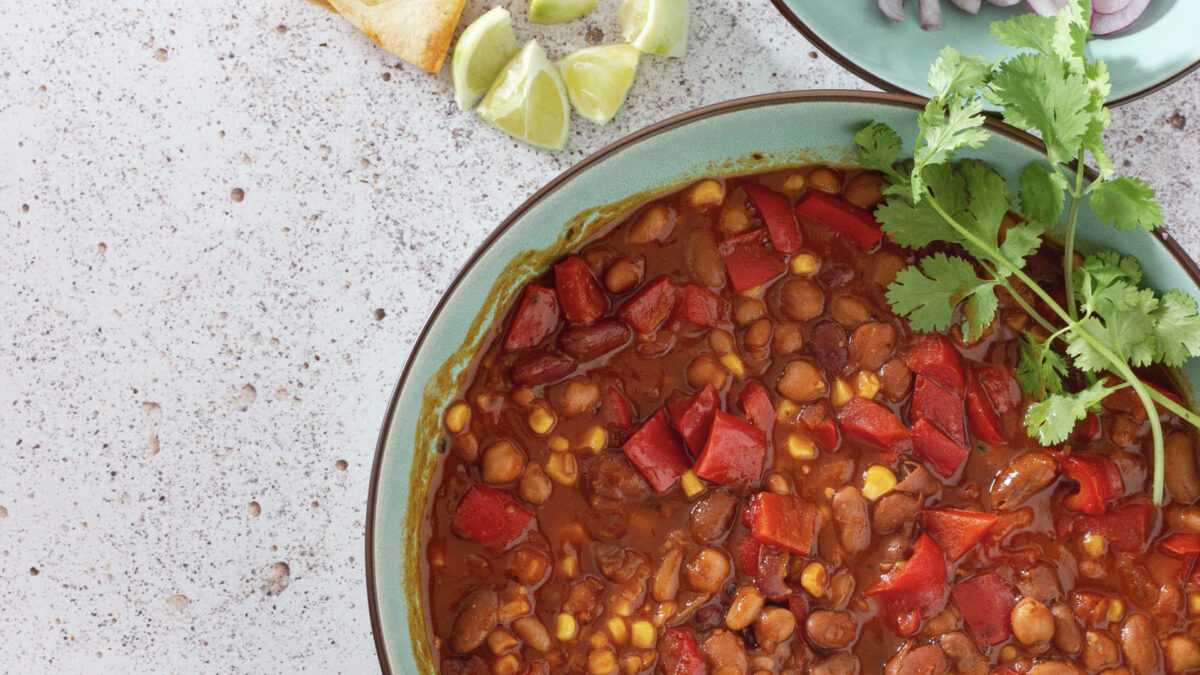 Image Credit: Unsplash. This image has been modified.

Do legumes—beans, chickpeas, split peas, and lentils—work only to prevent disease, or can they help treat and reverse it as well?

Legumes—all kinds of beans, chickpeas, split peas, and lentils—are “an excellent source of many essential nutrients, including vitamins, minerals, fibers, antioxidants, and other bioactive compounds,” and not just an excellent source, but they are perhaps the single cheapest source, as you can see at 0:19 in my video Benefits of Beans for Peripheral Vascular Disease. Indeed, in terms of nutrition density per penny, the four that really pull away from the pack are pinto beans, lentils, black beans, and kidney beans.

What’s more, all of that nutritional quality may have beneficial effects on excess body weight, insulin resistance, high cholesterol, inflammation, and oxidative stress—all major cardiovascular risk factors. So, do men and women who eat more beans tend to have less heart disease? Yes, which “suggests that increasing legume intake may be an important part of a dietary approach to the primary prevention of CHD [coronary heart disease] in the general population.” But, wait. Maybe those eating more bean burritos are just eating fewer beef burritos? The researchers took that into account and controlled for the intakes of meat, fruits, and vegetables, as well as smoking and exercise habits, yet, even still, the bean eaters appeared to be protected, as you can see at 1:05 in my video.

In the study, the group in the highest category were eating legumes four or more times a week. In my Daily Dozen, I recommend people eat legumes three times a day! In Costa Rica, researchers were able to find enough people eating beans every day, so even after controlling for many of the same factors, like intake of saturated fat and cholesterol, they found that just a single daily serving of beans was associated with a 38 percent reduction in the risk of heart attack. What’s more, you may actually get to live longer, too. Researchers found bean eaters had an 8 percent lower all-cause mortality, again after adjusting for other dietary factors. You can’t control for everything, though. You can’t prove cause and effect until you put it to the test.

Randomized controlled interventional trials have found that dietary bean intake does significantly reduce bad LDL cholesterol levels. In fact, we’ve known that for more than half a century, dating back to 1962. You can see what happens at 2:11 in my videowhen you measure cholesterol levels at baseline, add beans to the diet, and then remove beans from the diet. The cholesterol content in blood serum goes down and back up.

Beans also “have a low glycemic index and saturated fat content, and are high in fiber, potassium, and plant protein, each of which independently confers BP- [blood pressure-] lowering effects. Whether there is sufficient evidence to emphasize dietary pulses [beans] alone to lower BP, however, is unclear.” Therefore, what we need is a systematic review and meta-analysis of controlled feeding trials, and we got just that. What did the researchers find? Beans do indeed lower blood pressure no matter where you start out.

PAD is essentially diagnosed and followed with the ankle-brachial index, which is just the ratio of blood pressure at your ankle compared to your arm. Once it dips below 0.9, that means there must be some kind of clogs in the blood flow to the lower body. But, when you eat some beans, you may get a significant increase. In fact, the bump was enough to push 4 of 26 participants up into the normal range after only eight weeks eating some beans. Now, the study didn’t have a control group, but people with PAD tend to get worse, not better. “A legume-rich diet can elicit major improvements in arterial function,” concluded the researchers.

It meant a lot to me to be able to cover peripheral artery disease. If you remember my personal story, that’s one of the conditions that plagued my grandmother and one of the reasons she was confined in a wheelchair. She had been waiting to die—until she was saved by evidence-based nutrition, which inspired me to do for everyone’s family what Nathan Pritikin did for mine.

For more on central artery disease, see How Not to Die from Heart Disease, and the scores of other videos I have on heart disease.

What else can beans do? See:

PS: If you haven’t yet, you can subscribe to my free videos here and watch my live presentations: