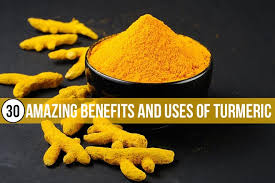 Research conducted at UCLA and published in theJournal of Biological Chemistry (December 2004), which has been confirmed by further research published in the Journal of Agricultural and Food Chemistry (April 2006), provides insight into the mechanisms behind curcumin’s protective effects against Alzheimer’s disease.

The UCLA researchers first conducted test tube studies in which curcumin was shown to inhibit amyloid-B aggregation and to dissolve amyloid fibrils more effectively than the anti-inflammatory drugs ibuprofen and naproxen. Then, using live mice, the researchers found that curcumin crosses the blood brain barrier and binds to small amyloid-B species. Once bound to curcumin, the amyloid-B protein fragments can no longer clump together to form plaques. Curcumin not only binds to amyloid-B, but also has anti-inflammatory and antioxidant properties, supplying additional protection to brain cells.