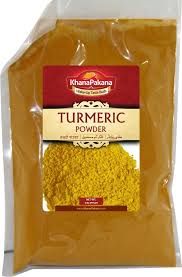 Curcumin, a phytonutrient found in the curry spice turmeric, and quercitin, an antioxidant in onions, reduce both the size and number of precancerous lesions in the human intestinal tract, shows research published in the August 2006 issue of Clinical Gasteroenterology and Hepatology.

Five patients with an inherited form of precancerous polyps in the lower bowel known as familial adenomatous polyposis (FAP) were treated with regular doses of curcumin and quercetin over an average of six months. The average number of polyps dropped 60.4%, and the average size of the polyps that did develop dropped by 50.9%.

FAP runs in families and is characterized by the development of hundreds of polyps (colorectal adenomas) and, eventually, colon cancer. Recently, nonsteroidal anti-inflammatory drugs (NSAIDs such as aspirin, ibuprofen) have been used to treat some patients with this condition, but these drugs often produce significant side effects, including gastrointestinal ulcerations and bleeding, according to lead researcher Francis M. Giardiello, M.D., at the Division of Gastroenterology, Johns Hopkins University.

Previous observational studies in populations that consume large amounts of curry, as well as animal research, have strongly suggested that curcumin, one of the main ingredients in Asian curries, might be effective in preventing and/or treating cancer in the lower intestine. Similarly, quercetin, an anti-oxidant flavonoid found in a variety of foods including onions, green tea and red wine, has been shown to inhibit growth of colon cancer cell lines in humans and abnormal colorectal cells in animals.

In this study, a decrease in polyp number was observed in four of five patients at three months and four of four patients at six months.

Each patient received curcumin (480 mg) and quercetin (20 mg) orally 3 times a day for 6 months. Although the amount of quercetin was similar to what many people consume daily, the curcumin consumed was more than would be provided in a typical diet because turmeric only contains on average 3-5 % curcumin by weight.

While simply consuming curry and onions may not have as dramatic an effect as was produced in this study, this research clearly demonstrates that liberal use of turmeric and onions can play a protective role against the development of colorectal cancer. And turmeric doesn’t have to only be used in curries. This spice is delicious on healthy sautéed apples, and healthy steamed cauliflower and/or green beans and onions. Or, for a flavor-rich, low-calorie dip, try adding some turmeric and dried onion to creamy yogurt.