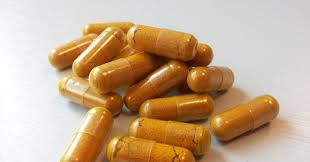 Research presented at a recent conference on childhood leukemia, held in London, provides evidence that eating foods spiced with turmeric could reduce the risk of developing childhood leukemia. The incidence of this cancer has risen dramatically during the 20th century, mainly in children under age five, among whom the risk has increased by more than 50% cent since 1950 alone. Modern environmental and lifestyle factors are thought to play a major role in this increase.

Childhood leukemia is much lower in Asia than Western countries, which may be due to differences in diet, one of which, the frequent use of turmeric, has been investigated in a series of studies over the last 20 years by Prof. Moolky Nagabhushan from the Loyola University Medical Centre, Chicago, IL.

“Some of the known risk factors that contribute to the high incidence of childhood leukemia are the interaction of many lifestyle and environmental factors. These include prenatal or postnatal exposure to radiation, benzene, environmental pollutants and alkylating chemotherapeutic drugs. Our studies show that turmeric—and its colouring principle, curcumin—in the diet mitigate the effects of some of these risk factors.”

Nagabhushan has shown that the curcumin in turmeric can: