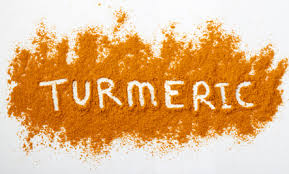 Epidemiological studies have linked the frequent use of turmeric to lower rates of breast, prostate, lung and colon cancer; laboratory experiments have shown curcumin can prevent tumors from forming; and research conducted at the University of Texas suggests that even when breast cancer is already present, curcumin can help slow the spread of breast cancer cells to the lungs in mice.

In this study, published in Biochemical Pharmacology(September 2005), human breast cancer cells were injected into mice, and the resulting tumors removed to simulate a mastectomy.

The mice were then divided into four groups. One group received no further treatment and served as a control. A second group was given the cancer drug paclitaxel (Taxol); the third got curcumin, and the fourth was given both Taxol and curcumin.

After five weeks, only half the mice in the curcumin-only group and just 22% of those in the curcumin plus Taxol group had evidence of breast cancer that had spread to the lungs.

But 75% of the mice that got Taxol alone and 95% of the control group developed lung tumours.

How did curcumin help? “Curcumin acts against transcription factors, which are like a master switch,” said lead researcher, Bharat Aggarwal. “Transcription factors regulate all the genes needed for tumors to form. When we turn them off, we shut down some genes that are involved in the growth and invasion of cancer cells.”

In another laboratory study of human non-Hodgkin’s lymphoma cells published in Biochemical Pharmacology (September 2005), University of Texas researchers showed that curcumin inhibits the activation of NF-kappaB, a regulatory molecule that signals genes to produce a slew of inflammatory molecules (including TNF, COX-2 and IL-6) that promote cancer cell growth. In addition, curcumin was found to suppress cancer cell proliferation and to induce cell cycle arrest and apoptosis (cell suicide) in the lung cancer cells. Early phase I clinical trials at the University of Texas are now also looking into curcumin’s chemopreventive and therapeutic properties against multiple myeloma and pancreatic cancer, and other research groups are investigating curcumin’s ability to prevent oral cancer.