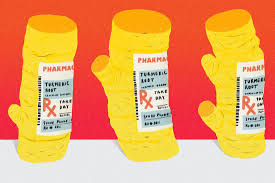 In a recent rat study conducted to evaluate the effects of turmeric on the liver’s ability to detoxify xenobiotic (toxic) chemicals, levels of two very important liver detoxification enzymes (UDP glucuronyl transferase and glutathione-S-transferase) were significantly elevated in rats fed turmeric as compared to controls. The researchers commented, “The results suggest that turmeric may increase detoxification systems in addition to its anti-oxidant properties…Turmeric used widely as a spice would probably mitigate the effects of several dietary carcinogens.”

Curcumin has been shown to prevent colon cancer in rodent studies. When researchers set up a study to analyze how curcumin works, they found that it inhibits free radical damage of fats (such as those found in cell membranes and cholesterol), prevents the formation of the inflammatory chemical cyclooxygenase-2 (COX-2), and induces the formation of a primary liver detoxification enzyme, glutathione S-transferase (GST) enzymes. When the rats were given curcumin for 14 days, their livers’ production of GST increased by 16%, and a marker of free radical damage called malondialdehyde decreased by 36% when compared with controls. During this two week period, the researchers gave the rats a cancer-causing chemical called carbon tetrachloride. In the rats not fed curcumin, markers of free radical damage to colon cells went up, but in the rats given turmeric, this increase was prevented by dietary curcumin. Lastly, the researchers compared giving turmeric in the diet versus injecting curcumin into the rats’ colons. They found injecting curcumin resulted in more curcumin in the blood, but much less in the colon mucosa. They concluded, “The results show that curcumin mixed with the diet achieves drug levels in the colon and liver sufficient to explain the pharmacological activities observed and suggest that this mode of administration may be preferable for the chemoprevention of colon cancer.”