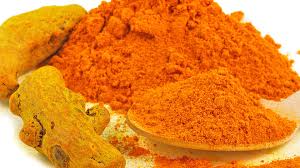 Curcumin may provide an inexpensive, well-tolerated, and effective treatment for inflammatory bowel disease (IBD) such as Crohn’s and ulcerative colitis, recent research suggests. In this study, mice given an inflammatory agent that normally induces colitis were protected when curcumin was added to their diet five days beforehand. The mice receiving curcumin not only lost much less weight than the control animals, but when researchers checked their intestinal cell function, all the signs typical of colitis (mucosal ulceration, thickening of the intestinal wall, and the infiltration of inflammatory cells)were all much reduced. While the researchers are not yet sure exactly how curcumin achieves its protective effects, they think its benefits are the result of not only antioxidant activity, but also inhibition of a major cellular inflammatory agent called NF kappa-B. Plus, an important part of the good news reported in this study is the fact that although curcumin has been found to be safe at very large doses, this component of turmeric was effective at a concentration as low as 0.25 per cent—an amount easily supplied by simply enjoying turmeric in flavorful curries.