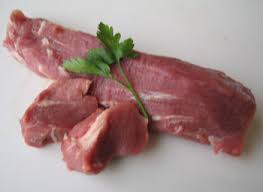 Trans fats are bad. They may increase one’s risks of heart disease, sudden death, diabetes—and perhaps even aggression. Trans fat intake has been associated with overt aggressive behavior, impatience, and irritability.

Trans fats are basically found in only one place in nature: animal fat. The food industry, however, found a way to synthetically create these toxic fats by hardening vegetable oil in a process called hydrogenation, which rearranges their atoms to make them behave more like animal fats.

Although most of America’s trans fat intake has traditionally come from processed foods containing partially-hydrogenated oils, a fifth of the trans fats in the American diet used to come from animal products—1.2 grams out of the 5.8 total consumed daily. Now that trans fat labeling has been mandated, however, and places like New York City have banned the use of partially hydrogenated oils, the intake of industrial-produced trans fat is down to about 1.3, so about 50 percent of America’s trans fats come now from animal products.

Which foods naturally have significant amounts of trans fat? According to the official USDA nutrient database, cheese, milk, yogurt, burgers, chicken fat, turkey meat, bologna, and hot dogs contain about 1 to 5 percent trans fats (see the USDA chart inTrans Fat In Meat And Dairy). There are also tiny amounts of trans fats in non-hydrogenated vegetable oils due to steam deodorization or stripping during the refining process.

Is getting a few percent trans fats a problem, though? The most prestigious scientific body in the United States, the National Academies of Science (NAS), concluded that the only safe intake of trans fats is zero. In their report condemning trans fats, they couldn’t even assign a Tolerable Upper Daily Limit of intake because “any incremental increase in trans fatty acid intake increases coronary heart disease risk.” There may also be no safe intake of dietary cholesterol, which underscores the importance of reducing animal product consumption. See my video Trans Fat, Saturated Fat, and Cholesterol: Tolerable Upper Intake of Zero.

There’s been controversy, though, as to whether the trans fats naturally found in animal products are as bad as the synthetic fats in partially hydrogenated junk food. The lateststudy supports the notion that trans fat intake, irrespective of source—animal or industrial—increases cardiovascular disease risk, especially, it appears, in women.

“Because trans fats are unavoidable on ordinary, non-vegan diets, getting down to zero percent trans fats would require significant changes in patterns of dietary intake,” reads the NAS report. One of the authors, the Director of Harvard’s Cardiovascular Epidemiology Program, famously explained why—despite this—they didn’t recommend a vegan diet: “We can’t tell people to stop eating all meat and all dairy products,” he said. “Well, we could tell people to become vegetarians,” he added. “If we were truly basing this only on science, we would, but it is a bit extreme.”

Wouldn’t want scientists basing anything on science now would we?

“Nevertheless,” the report concludes, “it is recommended that trans fatty acid consumption be as low as possible while consuming a nutritionally adequate diet.”

Even if you eat vegan, though, there’s a loophole in labeling regulations that allows foods with a trans fats content of less than 0.5 grams per serving to be listed as having—you guessed it—zero grams of trans fat. This labeling is misguiding the public by allowing foods to be labeled as ”trans fat free” when they are, in fact, not. So to avoid all trans fats, avoid meat and dairy, refined oils, and anything that says partially hydrogenated in the ingredients list, regardless of what it says on the Nutrition Facts label.