Does the hormonal stimulation of human prostate cancer cells by cow milk in a petri dish translate out clinically in studies of human populations? 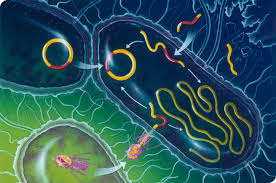